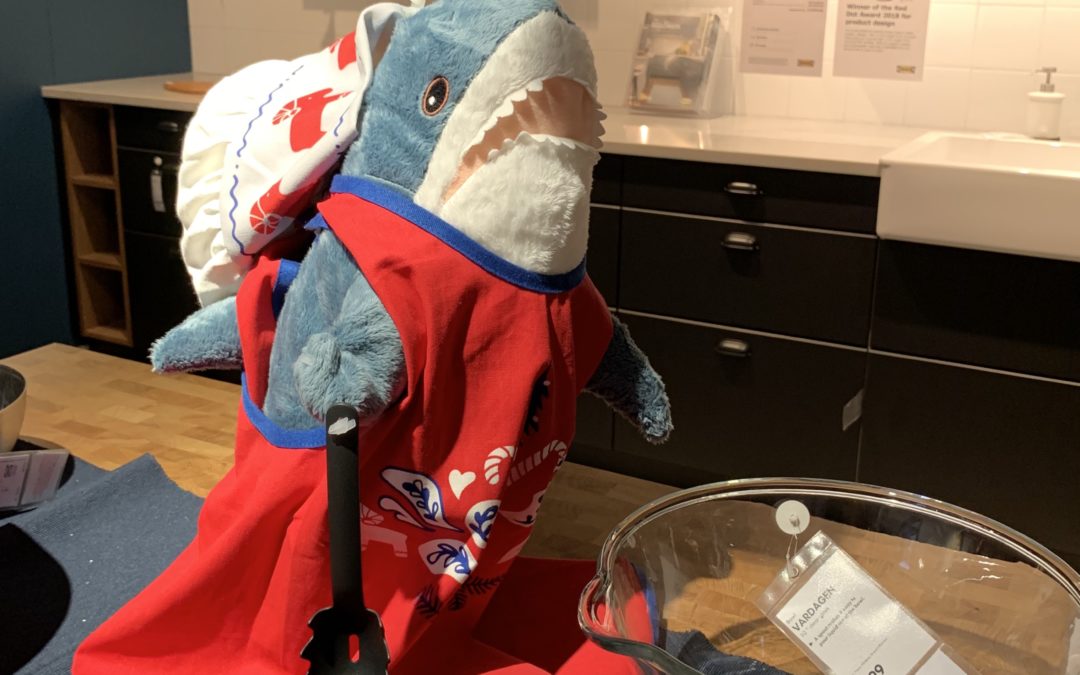 Just some thoughts about our IKEA trip…I’m not a mom, nor a frequent shopper, so this was super educational for me.

There is a Kid Zone at IKEA where you can dump your kid, but you have to submit to fingerprints, DNA collection and a retina scan. And they electronically tag you with a pager so if your kid causes too much mayhem they can recall you. The dude running Kid Zone deserves to be making like $250,000 a year… after branding each kid on their backs so they can be easily sorted and identified, he made direct eye contact with each kid as he went through the rules and requested verbal confirmation of understanding. Amy’s kid went through like a champ. Caitlin’s youngest sounds like I imagine Baby Yoda would sound and is so cute he could pretty much say anything and you’d let him in. Caitlin’s middle child is a chaos demon and I was sort of afraid she might cause a Kid Zone revolution or just burn it down. Luckily, she passed the verbal permissions and we could abandon them to Kid Zone. I was worried bc the ball pool was closed because the balls were wet—from being washed, not pee which was my first go-to thought—but that was the major attraction, so what’s the point of Kid Zone if the ball pool is closed?

Next, I learned that kids are gangster and will mug you for whatever you have. Caitlin’s oldest daughter skipped the Kid Zone to walk with us, and when she saw the sharks she immediately started working me for one. I’m a sucker with no mom powers, so I was an easy mark for her.

Also, you don’t need to get excited about the first basket of sharks. There will be more sharks. Shark baskets are plentiful. DO get excited if you see a BABY shark because those are super rare, and I regret not taking Baby Chef Shark when I saw him.

Kids are great to enact scenes with Sharks but they have no sense of self preservation and will climb a structure not meant for climbing, or lick the floor for no apparent reason. I don’t think I’m particularly germaphobic, but HOLY COW.

After about 30 minutes, I heard an electronic beeping noise, and it seemed to originate from Caitlin’s pocket. She was recalled to Kid Zone. I was right, Kid Zone is nothing without the Ball Pool.

I also learned that you can run over a kid by accident with your cart full of sharks and they just pop right back up and keep playing. The kid, not the sharks. Caitlin had this awesome rule that if I accidentally hit her kids with the cart, it was THEIR FAULT. After that, I pushed the cart with abandon.

It might be a good idea to get your sharks at the cash registers because the sharks you’ve been carrying around the entire store and food court might not be the cleanest sharks anymore, and kids pick up and play with all of the sharks interchangeably so you can’t even keep track of which is your “clean” shark. Even if you get an extra shark or two at the checkout, kids don’t seem to realize IKEA is not clean. They are not floor sharks, people.

I only came home with one shark. Baby shark still haunts me. And I haven’t thought of what to say to other studios if we do shark attacks. I was thinking about making Caitlin’s kids be the ones to run in and throw them, but I actually don’t think they would be able to abandon the sharks once meeting them. I feel like we got lucky yesterday leaving with ONLY 5 sharks between all of us. I have one shark who would like to love at the OTF studio, but we have to make sure it’s shark friendly first…