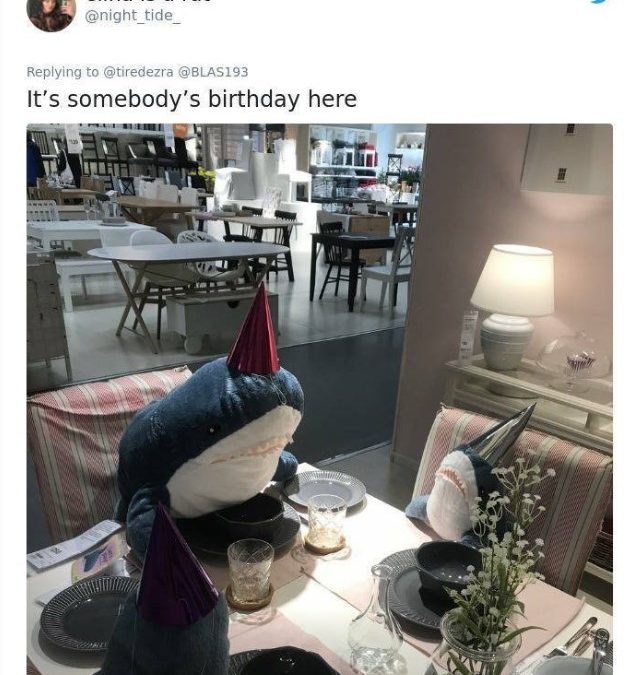 I’m sick and haven’t worked out this week, but that just means I have more time on FB… yesterday I discovered that IKEA poses their Shark plush toys around the store doing things like having a party, working in the office, etc., and apparently, it’s a thing to go around and find all of them. Immediately upon discovering this, I abandoned all work and started planning when I could trek down to Renton and go through the store. My OTF buddy Caitlin is my co-pilot.

THEN I thought, hang on, there is an OTF tie-in here, because when I started rowing way back, YEARS AGO in 2018, I imagined a shark was chasing me … so wouldn’t it be cool to have a studio shark and take pictures with it?

Then I got worried about where the shark would be, because in real-life rowing, aren’t you always backwards, going in the opposite direction that you’re facing? So maybe all of this time I have been imagining there is a shark behind me, but in reality, he’d be in FRONT of me. I don’t know why I just gendered the shark as him/he and that’s not to say I am any less afraid of a her/she shark, I personally think the female is the most bloodthirsty of the genders, if our reaction to the US rowing loss to the OTF Bel-Red studio is any indication.

Then I thought, WAIT… I could drop off sharks AT OTHER STUDIOS TO PRANK THEM. I sort of got stuck here, because all I could imagine was rushing in and hurling a 40-inch plushy toy at whoever was at the front desk, but I couldn’t figure out what to say … and really, without the context, I’m just a crazy person throwing a stuffed animal at them. Maybe even with the context. The only thing I could come up with was, “You know… because they eat you if you don’t row fast enough!” But that didn’t seem like a harsh enough burn. I would guess that I’d come up with something to say by the 15th studio or so, so maybe I start south and work my way up. So I’m fully ready to issue a really solid, mike-drop burn on Bel-Red when I get there. And maybe the other studios don’t need a burn, because really, they are all nice people…okay, Bel-Red is probably very nice too, in spite of beating us at rowing. So what is even the reason for this? Simply that I want to throw sharks into OTF studios and see what people do??? Maybe.

BTW, Caitlin only knew the IKEA part of this, and once we were done at IKEA, I was going to just start driving to the Maple Valley OTF, (since that’s the furthest from us) because we all need more spontaneity in our lives, and people love to go on unexpected road trips, especially when your spouse is at home, waiting for you and caring for your three children all alone … they WANT you to stay gone for hours, go enjoy yourself before the fourth one shows up, that’s how marital spontaneity works… I assume. I’ve never been married so I don’t have first-hand information, and I refused to be embarrassed about my ignorance on marital social dynamics, Karen.

What’s funny is, I had to give some thought as to whether or not this is the weirdest potential meetup I’ve initiated… still thinking. 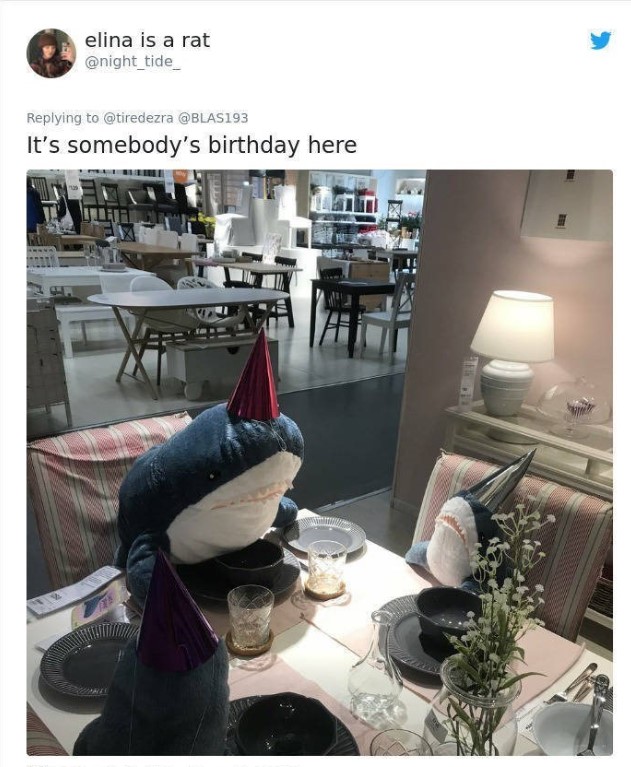