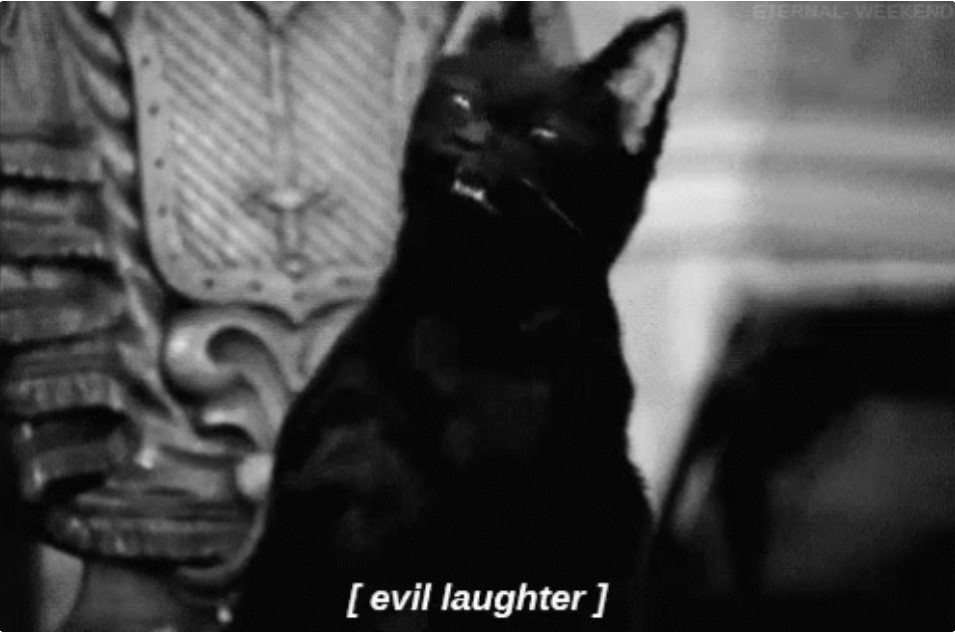 Mindy: You know, of all of the OTF Coaches, I would have though Coach Dru… the chaos tattoos, always wearing black, lone wolf vibe, black cat, super-scary heavy metal music…

Mindy: I guess, in hindsight… but you’re still a shock! I mean, you’re the nicest coach, you play Miley Cyrus and Britney Spears…so happy, optimistic, helpful…

Kat: My supernatural hotness didn’t tip you off?

Mindy: I guess I couldn’t see past my Hobbit feet.

Kat: I’m glad you stopped by though, Satan wanted me to deliver a message.

Kat: Nah, it’s fine, no hell-fire or torture today. We’re saving that for next week.

Mindy: Phew. So what’s the message?

Mindy: It’s just, if you’re drinking Skinny Mochas, your threshold for suffering is already super low, so Hell and damnation is really just an inch away…

Kat: You’re not wrong… but you can’t be running into Starbucks all over Seattle and screaming “Skinny Mocha, Bitches!”

Mindy: The people drinking Skinny Mochas are already morally compromised! They’re trying to have it all and failing miserably, this is the perfect moment to swoop in…

Kat: Would it help if I shift into my Adorable Coach Kat persona that I use at the start of the workout?

Kat: Can I have your soul?

Kat: Jeez, easy girl, had to give it a shot.

Kat: I prefer to be called Head of Sales. And, can we really call you a thief when you haven’t stolen anything?

Mindy: This feels like too much reality for a Saturday.

Kat: It could be worse… you could have a really average workout and wimp out on getting all of your splat points and let that shake your confidence since you usually get so much more with a 3G, and then spiral into an anxiety episode where you second guess your physical and mental preparedness for Hell Week and question your commitment over doing 6 workouts for a lousy tee shirt.

Mindy: IT GLOWS IN THE DARK!!!

Mindy: You said 6 workouts…it’s 5 to get the shirt.

Kat: Right. What do you get for 6 workouts?

Kat: Do you, though?