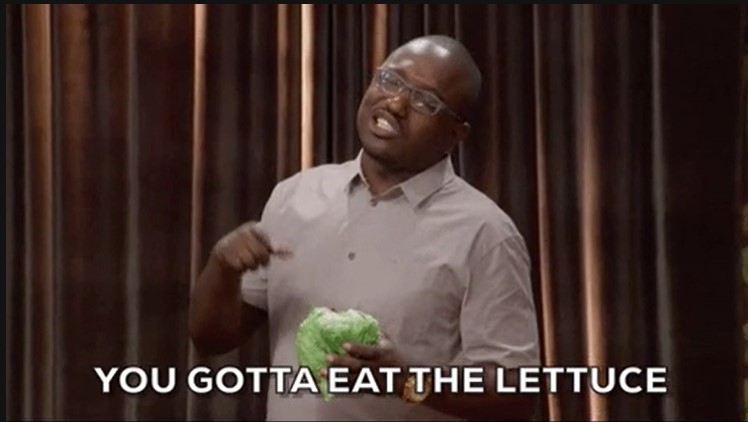 I don’t know who needs to hear this, but it’s impossible to eat “perfectly” for 8 weeks. That’s not the goal.

Something to consider though… what does a new, healthier “normal” look like?

The healthier I eat on a regular basis, the less I crave unhealthy things. But I do eat them sometimes… just not as often as I used to.

Like, I love nachos, but I don’t really need to have nachos in the next 8 weeks. There will still be nachos later on, and I don’t need to worry about suffering from a nacho deficit.

But I might have them, and I’m not going to beat myself up about it if I do. I’ll just get back on track with the next meal. I think the key to healthier eating habits is to not look TOO far ahead or issue yourself ultimatums.

Something that was super helpful to me last year around this time was to set some expected habits:
—Log into MyFitnessPal rel