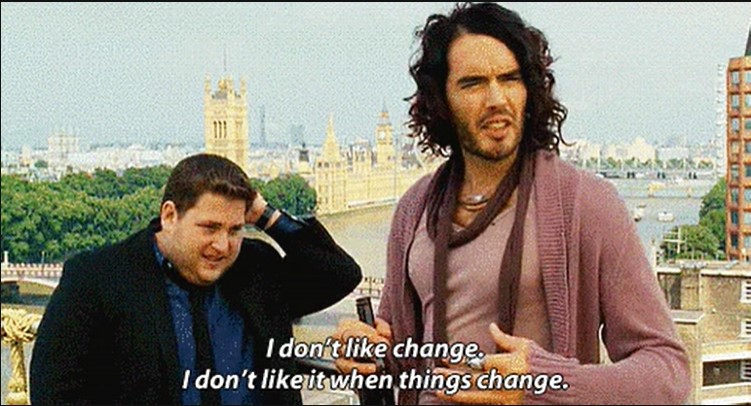 This was my first class with Megan because I am a creature of habit and go to the same three coaches all of the time but with EVERYBODY LEAVING I must be open to change. People are good, new people are nice. We’re all nice at Shoreline. This is not a problem for me. People. New. Yes. Ready. Megan’s not really new, just new to me, so that was a good compromise between brand-new and familiar.

And okay, fine, I totally get that the coach doesn’t come up with the day’s template. It’s not her fault we had 3-minute pushes on the treads. Again. For the third day in a row. It FEELS like Megan’s fault. Logically, I know it’s NOT HER FAULT.

You know when it’s time for the weight room demo, and you’re walking in and you can hear the coach explaining but you can’t actually find where they are at first? (Quick tip: They never demo on #9-12. Or #1-2. So you can start your visual scan of “Where the freak ARE they?” At #3 and sweep clockwise). Yes, finding them takes moments, but Megan totally eliminated the NEED for Where’s Waldo by announcing she was demoing on Station 7. Golf clap, five stars, bravo!

Also, this might be my favorite thing…Megan growls. You know how Boo growls when he says things like, “All Out!” Or “3, 2, 1!” – Megan growls too! Maybe growl is the wrong word for it. Driving home I was trying to growl in my car, and I can’t do it. It just made me start coughing. So it’s special.

Also, shout out to Reina for making me lift heavier. You know how you’re pulling the lighter weights out? And the person next to you hauls out the 25s, and you’re all, well crap Reina, guilt me into lifting at least the 20s why don’t you…but Reina doesn’t actually KNOW she guilted you into it, it’s all unsaid.

And then on the treads, you think, “I have to keep going, I’d be letting Reina down if I switched to power walking,” and Reina doesn’t know, but have you ever been next to someone who stops running and it’s almost like a domino effect of mental fortitude breaking down? I never want to be the first domino. I wasn’t as worried about Adriana on my other side because her husband Dan was there, so literally anything that happened to the left of me would be Dan’s fault because that is how marriage works.

And then to top it all off, there was a NEW GUY behind the desk with Zayn when we were done, but I was still in the workout haze so I forgot his name and in my head I’m calling him Not-Zayn. I’m also certain his name is not Sean. Or Chad. Or Rob. Names and change are hard for me, I hope he’s cool with me calling him Not-Zayn for now.